HomeYWCA of Asheville Opposes All Six Constitutional Amendments
A- A A+

With early voting underway across the state, YWCA of Asheville adds their organization’s voice to the growing chorus of opposition to all six proposed amendments to the North Carolina Constitution. “We, the CEO and the Board of Directors of the YWCA of Asheville and WNC, stand in opposition to all six amendments. We believe these amendments to be misleading, harmful, costly, and unnecessary,” stated Beth Maczka, CEO. YWCA of Asheville echoes the concerns voiced by Democracy NC, ACLU North Carolina, and North Carolina NAACP: that each of the proposed amendments are deceptive in their language, restrict voter rights, and give the legislature unprecedented control over the courts and elections. Board President Leslie Fay added, “our mission is to eliminate racism, empower women, and promote peace, justice, freedom, and dignity for all, and we understand that these amendments are not in alignment with that mission. We encourage all North Carolinians to vote in this critical mid-term election, and to vote “no” to all six harmful amendments.” 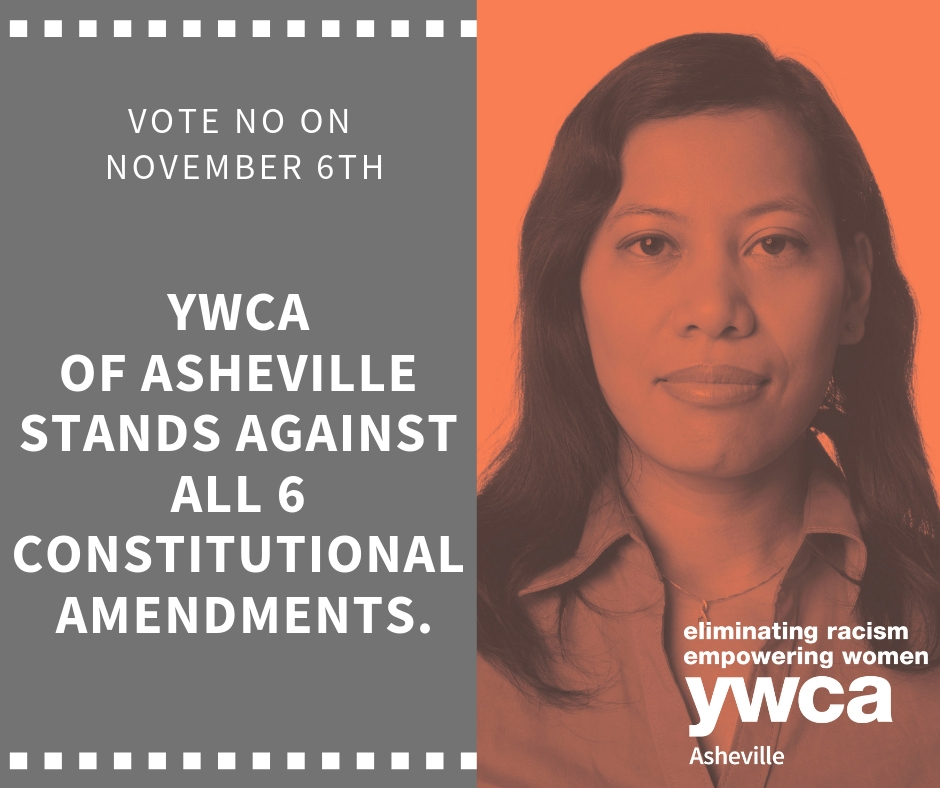